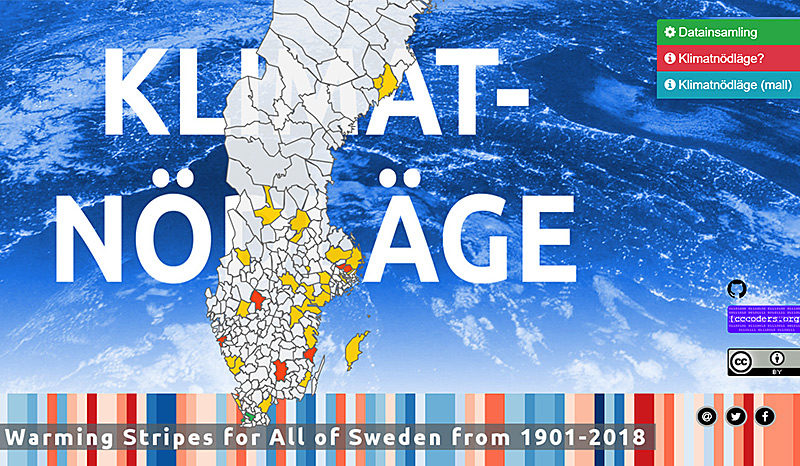 The municipal council in Lund in southern Sweden acknowledged a climate emergency on 4 December 2019, and Malmö followed suit on 13 January 2020.

The majority of councillors in Lund, a city of 120,000 residents, eventually chose the wording that the Council “acknowledges that we are in a global climate emergency”.

A supplementary statement suggested that the insight that there is a climate emergency should be a starting point for work with local residents, the municipality’s program for ecologically sustainable development, and the measures that the municipality is taking to achieve the climate goals. This suggestion was voted down. The Moderates, the Christian Democrats and the Swedish Democrats were against declaring a climate emergency.

In a debate paper published in Sydsvenskan on 6 January 2020, local spokesperson for Miljöpartiet (the Environmental Party) Karin Svensson Smith argued that Lund Municipality has the potential to be a first-mover and become a green examplar:

“The most basic thing is to stop investing in what increases greenhouse gases. Putting tax payers on more car lanes and a fifth motorway exit on E22 is as wrong as it can be,” she wrote.


Malmö: Acknowledgment of a climate emergency
On 13 January 2020, Malmö followed suit, a city of 320,000 people, close to the Danish capital Copenhagen. When the municipal council was assembled, two citizen proposals regarding climate emergency were on the agenda. They had come in through The Malmö Initiative, where citizens had urged the local politicians to declare a climate emergency.

“Our assessment is that there is a climate emergency and that we will continue to pursue purposeful climate and environmental work in the future to promote sustainable development in Malmö and the rest of the world. The climate issues are not local, but global. The goals of the municipality are ambitious and we intend to continue on the path that is chosen, but we do not achieve a sustainable society alone, but together with other actors where everyone must do their thing,” said Katrin Stjernfeldt Jammeh (S), chair of Malmö Council, in a press release.

“The climate emergency mode prevails. But announcing an emergency where we as a municipality commit ourselves to take compensatory responsibility for the failures at a higher level is financially impossible. Instead, Malmö continues to work hard on concrete measures that make real environmental benefits for the municipality,” he said.

For the period from 2021 to 2030, the municipality will develop a new environmental program to achieve the goal of being the best at sustainable urban development and that the entire city will be supplied with renewable energy. Due to the high goals, the municipal council decided that it is not necessary to develop a special climate emergency plan, which was requested in the citizen proposals.

Photo above: Climate Emergency SwedenSwedish cities/municipalities that have decided or are in a process of deciding on declaring a climate emergency. Map by Parents For Future Sweden.

Parents for Future Sweden has published a Swedish translation of Philip Sutton’s 2017 strategy paper for the climate emergency declaration movement at municipal level. 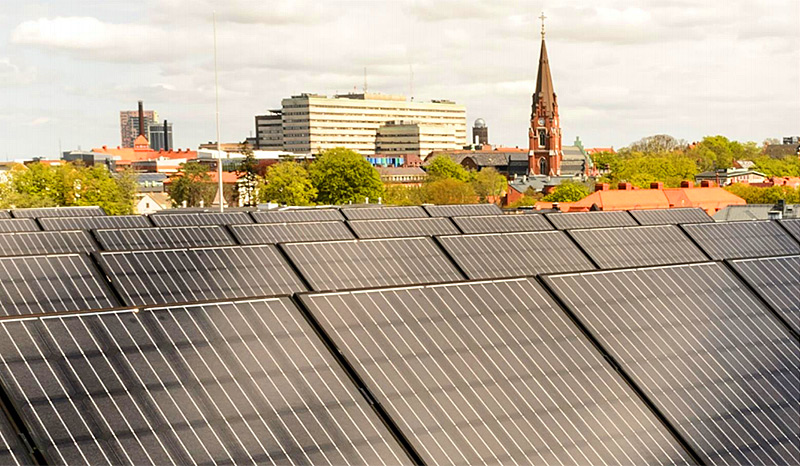 Lund Municipal Council
“Decision: The local council decides to acknowledge that there is a global climate emergency and thereby to consider the Lund [Citizens] Proposal as answered.”

Malmö Municipality
On 7 October 2019, Mats Leijon submitted a Citizen’s Proposal to the Municipal Board. Among other things, the Citizens’ Proposal proposed that Malmö’s councillors acknowledge that we are in a climate emergency, that the municipality should prepare a climate emergency plan and cooperate with local actors for creating urgent change.

The Council’s decision not to declare a climate emergency, but only acknowledge it was strongly criticised by the Environment Party, which believes that politicians do not live up to their responsibility: “More courageous decisions are needed so that we can override this question on all other issues. In fact, if we do not stop global warming, it will eventually completely take over the political agenda,” they argued.

→ Petition: Call for climate solutions and declaration of climate emergency – to local, regional and national governments in Sweden