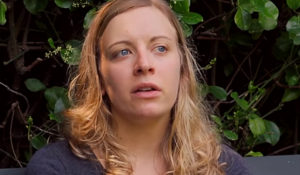 Margaret Klein Salamon is founder and director of The Climate Mobilization in the United States. In April 2016, she published a 35-page strategy paper, which was her proposal for a new strategy for the climate movement.

In the three years since publication, new climate action groups such as Extinction Rebellion, the school strikers lead by Greta Thunberg, the Sunrise Movement, and more, have changed the scene and created new breakthroughs for the movement. Salamon’s paper was updated in May 2019 with an overview of this young but fierce climate emergency movement.

» You can read the full updated 2019-paper on Medium or download it as a PDF.

» Here’s the 2016-paper ‘Leading the Public into Emergency Mode: A New Strategy for the Climate Movement’ (PDF document, 35 pages)

Margaret Klein Salamon earned her PhD in clinical psychology from Adelphi University and also holds a BA in social anthropology from Harvard. Though she loved being a therapist, Margaret felt called to apply her psychological and anthropological knowledge to solving climate change. She is the author of the blog The Climate Psychologist.

» Read more about The Climate Mobilization’s concept of emergency mode

a. The more the climate movement can provide structures for people’s engagement — clear directions and support for people who are ready to tackle the climate emergency — the more people will go into emergency mode.

b. Widespread feelings of helplessness also represent the failure of leadership from official climate movement leaders and politicians to offer an honest assessment of the crisis, advocate for solutions that actually stand a chance of working, and invite individuals to take part in that solution.

c. To go into emergency mode on climate change, people need to believe that restoring a safe and stable climate is possible — that the political will can be achieved by the climate movement, and that the rapid transition
can be coordinated by competent leadership.

d. A quarter of respondents think that humanity has a 50% chance of near-term-extinction, and almost all respondents agreed that transformative change is necessary — yet we are continuing with business as usual and daily life as usual! This suggests a paralyzing degree of helplessness across society. It also suggests that if the climate movement can offer the public a credible social movement and economic mobilization framework and evidence of credible leadership to prevent the rapidly approaching climate catastrophe, then we can expect passionate and dedicated support.

e. Since climate change does not automatically bring people into emergency mode, the question becomes “How can we effectively trigger emergency mode in others?”

1. Going into emergency mode yourself.

2. Communicating that as clearly as possible.

3. Creating a plausible path towards solving the crisis, to which people can contribute.

“With unique skills as a psychologist, social anthropologist and community organizer, Margaret Klein Salamon has ripped the cover of denial and inaction — no more incremental steps. We are in an emergency — the climate crisis has us headed towards catastrophe and we must now recognize that emergency mode is our only hope. But why haven’t we been? Read this and know the WWII mobilization that is growing exponentially and is required to pull us back from the brink. Thank you Margaret for this brilliantly conceived, urgent call to arms.”
Lise Van Sustern, co-founder of Interfaith Moral Action on Climate and advisor to Harvard School of Public Health, Center for Health and the Global Environment


“It’s no wonder so many people are depressed about the climate. Now that extreme weather events are rushing in on us with ever greater intensity and frequency, we realise at last that the issue is real. But, we also “know” that we have left things too late because society always takes forever to put solutions in place and everything that is done always involves unsatisfactory compromises and half-measures.
Before giving into despair however, there is a new paper by Margaret Klein Salamon that every climate activist should read: ‘Leading the Public into Emergency Mode’.
This paper shines a light on a mode of action that is available to every person and every society but that most people are not even aware of, and that is emergency mode. To succeed in a world that could often be dangerous and challenging humans had to evolve two modes of action, normal and emergency. Klein Salamon explores how we can trigger emergency mode and how we can deploy it to deliver the needed climate rescue, even at this late stage.
Philip Sutton, coauthor of Climate Code Red and founder and director of Research and Strategy for Transition Initiation


“In her new paper, Margaret Klein Salamon tells us we must go into climate emergency mode engaging our whole beings. Salamon parallels our situation with the 1980s when activists successfully mobilized AIDS response around the slogan, “Silence is death.” Today we must say that promoting gradual solutions to a climate crisis gone critical is a form of silence that will lead to global catastrophe. For the world to take the climate emergency seriously, we in the climate movement ourselves have to do that. We must loudly speak the truth of the critical climate emergency we are facing and the World War II-scale mobilization needed to address it.”
Patrick Mazza, Delta 5 activist, co-founder and former research director of Climate Solutions, author of Cascadia Planet.

Call for an official declaration of climate emergency

We are yet to see a ‘Churchill’-figure of our time who will champion the need to a ‘World War II-kind of mobilisation’ against the threats of global warming and climate change – with both the necessary rhetoric skills and a sufficient scientific understanding to actually make voters listen.

Barack Obama certainly did his bit towards the end of his presidency in the United States. However, as he is on his way out, American politics could quickly transform his step forward towards cleaner energy production into two fossil-fuel powered steps backwards.

Pledge to mobilise
One thing we all can do is call our leaders out. Ask them if they’d be in support of emergency speed climate action, such as to reduce your country’s net greenhouse gas emissions 100 percent by 2030 at the latest and to implement far-reaching measures to remove greenhouse gases from the atmosphere. Ask them to issue and support an official declaration of climate emergency.

The Climate Mobilization encourages you to call on your nation’s government to immediately commence a social and economic mobilisation to restore a climate that is safe, stable, and supportive of human civilisation. “This heroic campaign shall be carried out on a vast scale, transforming our economy at wartime speed,” The Climate Mobilization writes, because “climate change is causing immense human suffering and damage to the natural world. It threatens the collapse of civilization within this century. Confronting this crisis is the great moral imperative of our time.”