Are we at the tipping point for climate action?

In 2016, when we started our campaign calling on the Australian parliament to declare a climate emergency, we had no idea how far and how fast the idea would spread. Within a year we had the support of 20,000 individuals and 55 groups. Scientists, journalists and politicians from across the political spectrum had spoken out. 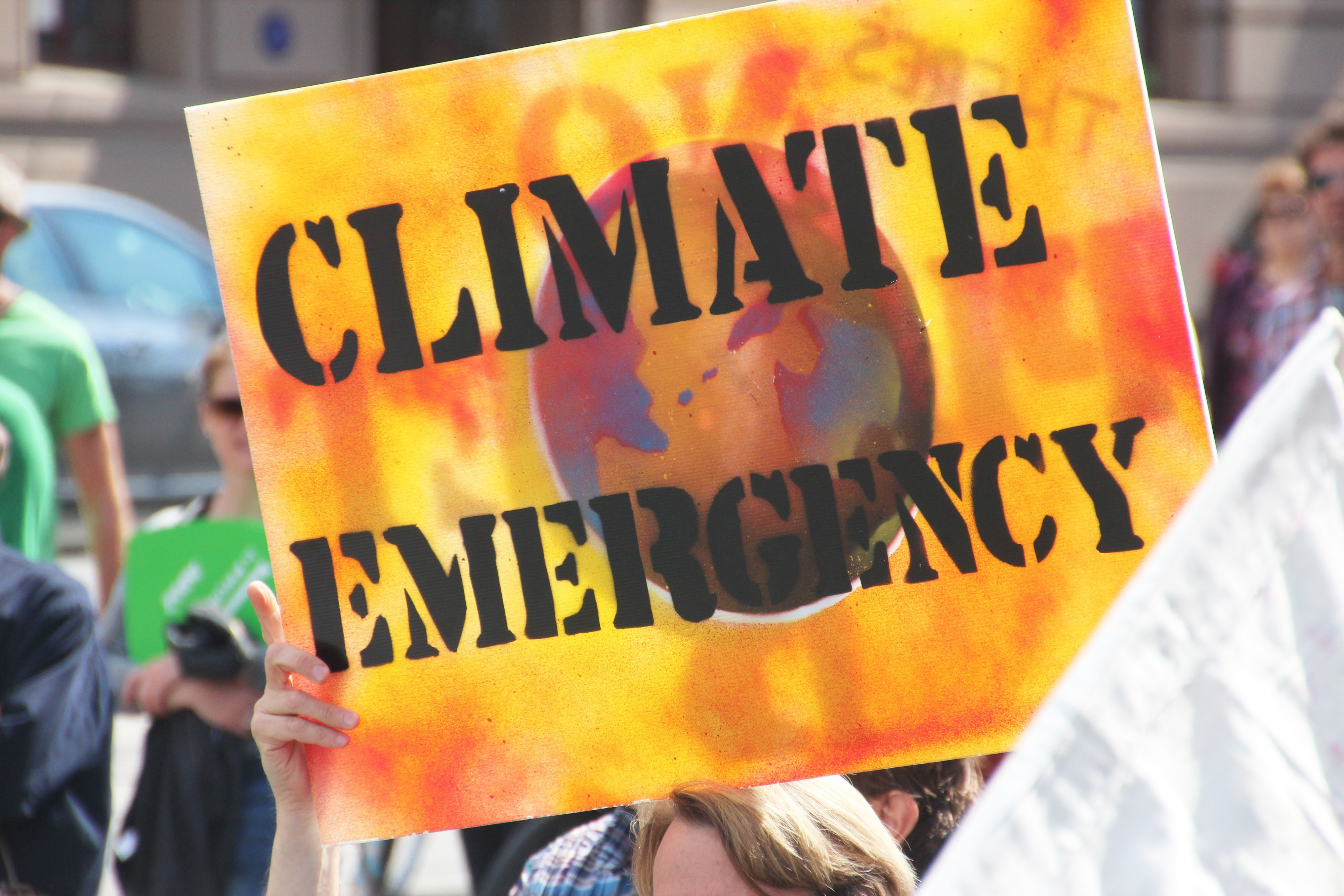 In 2017, Darebin Council became the first council in the world to declare a climate emergency. They wrote a Climate Emergency Plan and in 2018 held a Climate Emergency Conference. The Climate Mobilization in the United States and the Extinction Rebellioncampaign in the United Kingdom have been putting pressure on local municipalities to follow in Darebin’s footsteps and they are making fast progress.

Recently, London became the third city in the UK to declare a Climate Emergency, after Bristol and Manchester, with Totnes and Stroud following soon after. The London emergency transition program will include retrofitting buildings, creating a national electricity system that runs without creating greenhouse gas emissions, and electrifying the transportation system. 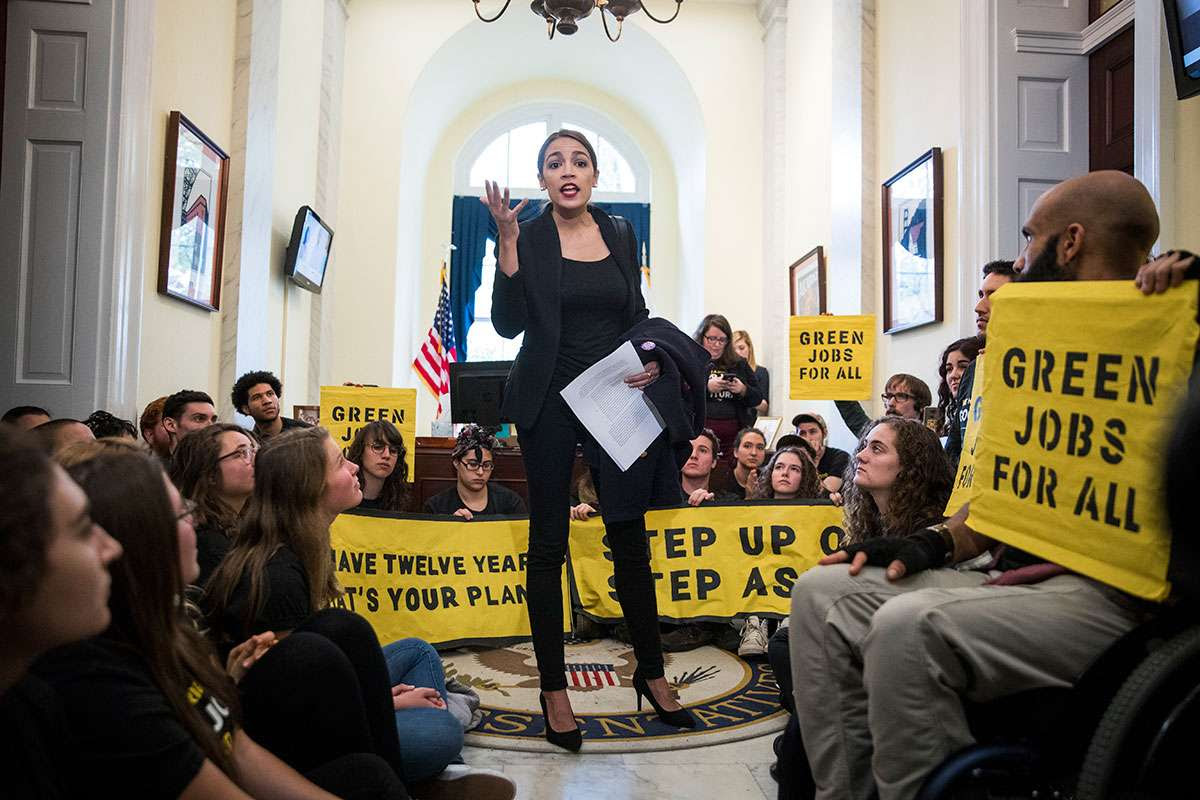 There are now 21 councils and cities that have declared a climate emergency and eight of these declarations were in the last  two weeks! In the United States, The Climate Mobilization succeeded in having emergency climate action and a World War two-scale mobilisation written into the platform of the Democratic Party. Newly elected Democrats including  Alexandria Ocasio-Cortez (in the picture) are pushing hard for a Green New Deal. 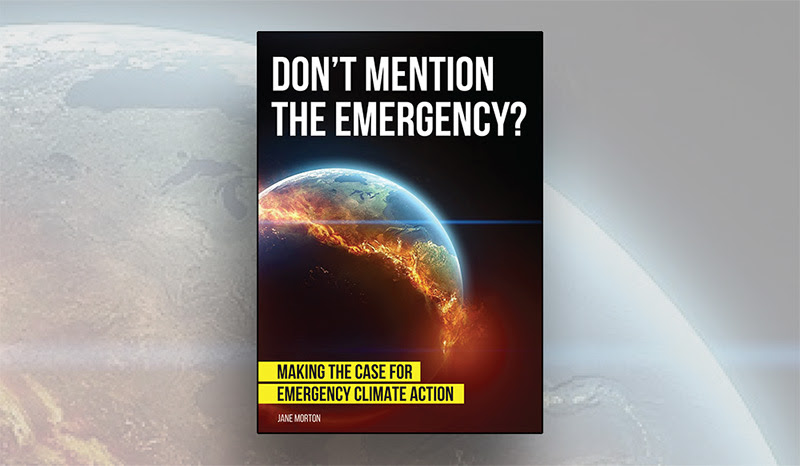 In mid 2018, we launched a booklet, ‘Don’t mention the emergency?‘ and we have now distributed over 1,000 copies to politicians, scientists, journalists and community campaigners. It explains how to talk about the climate science and the need for emergency action in ways that move people to take action.

Campaigns all around the world are using the online version and we are starting to hear more use of emergency language from leaders and commentators. The picture below shows school students delivering a copy to local Labor candidate Kate Thwaites. 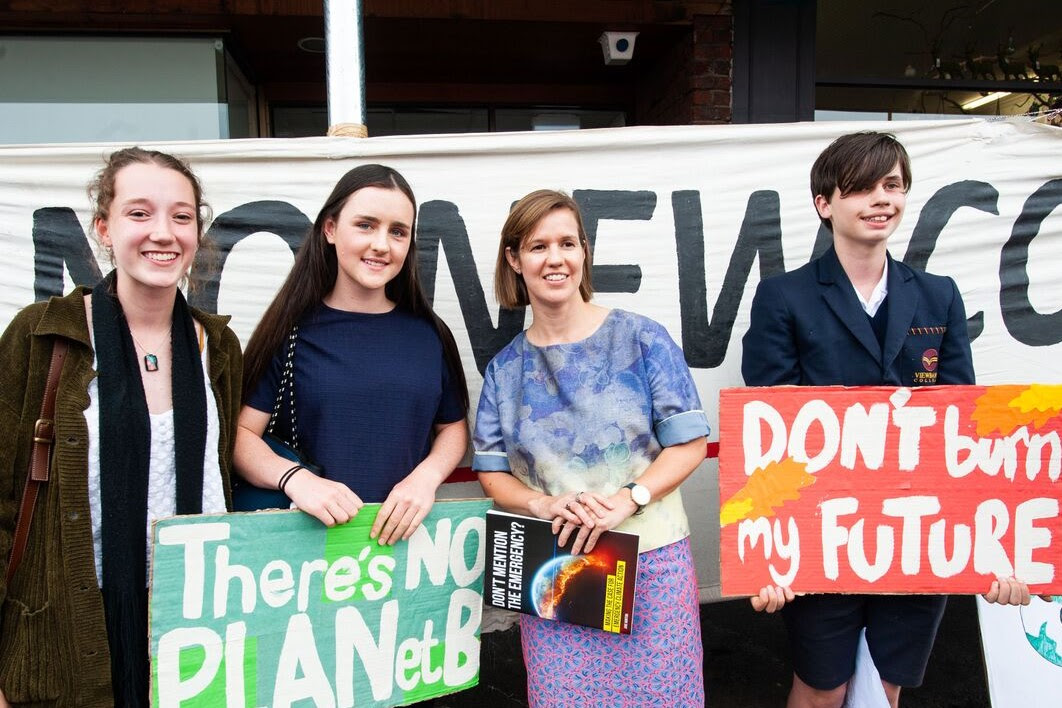 We need your help to print more booklets in time to distribute them to politicians and opinion leaders before the federal election in 2019.

Please donate here to help the emergency message reach more of those who need to hear it. We need $3000 to print another 700 copies. Listen to the author of the booklet, Jane Morton, explain our need for your help here. 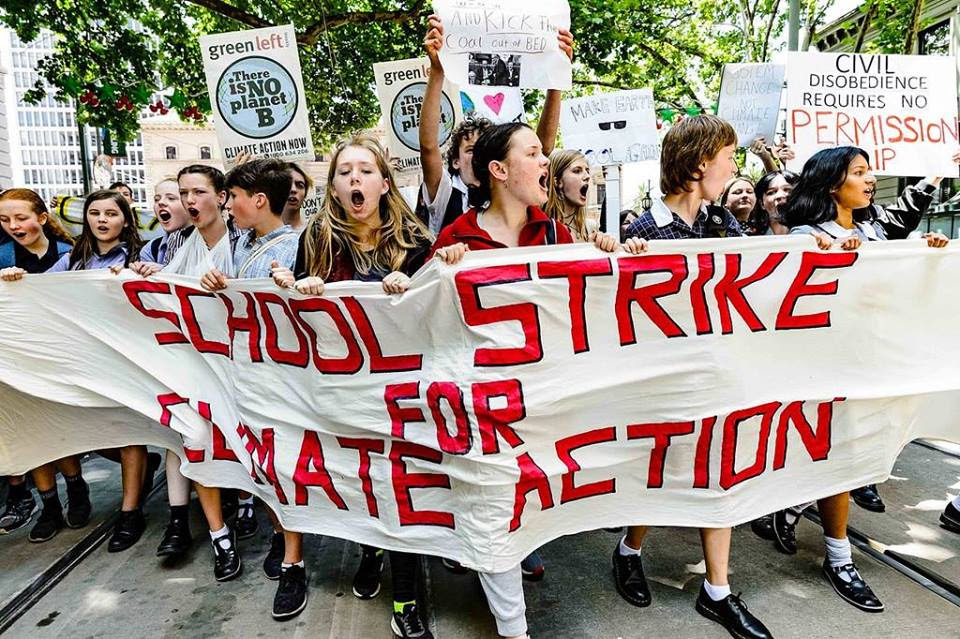 One person can make a difference. In August 2018, 15 year old Greta Thunberg (pictured below) began a school strike calling on the Swedish Parliament for emergency climate action. She says, “I have Asperger’s syndrome, and to me, almost everything is black or white. I think in many ways that we autistic are the normal ones and the rest of the people are pretty strange. They keep saying that climate change is an existential threat and the most important issue of all. And yet they just carry on like before. If the emissions have to stop then we must stop the emissions. To me, that is black or white. There are no grey areas when it comes to survival. Either we go on as a civilization or we don’t. We have to change.” 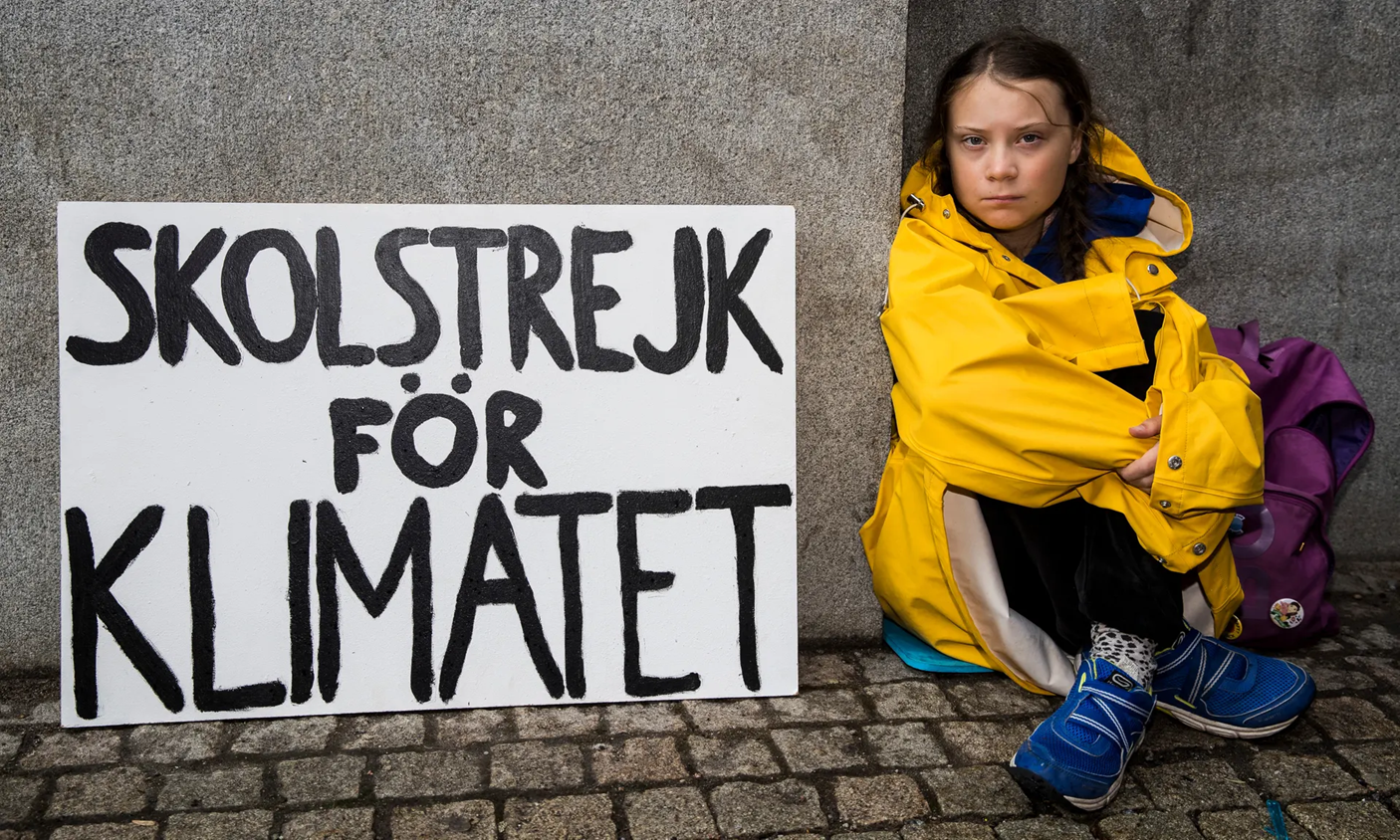 Within months school students in many countries around the world were following Greta’s example. In Australia, tens of thousands of school students took to the streets on 30 November, defying Prime Minister Scott Morrison‘s call for“more learning in schools and less activism”. What an amazing and uplifting sight it was to see students out in force. Students fully understand how serious the problem is and that time is running out to preserve a safe climate. The students’ strike, and its widespread media coverage, has been a great morale boost for climate activists. It has put the climate emergency front and centre of the coming Australian federal election. The Extinction Rebellion is spreading

While school students are striking, their parents and grandparents are signing up to risk arrest as part of the Extinction Rebellion (XR). This movement recognises the climate emergency as an existential threat to humans as well as vulnerable ecosystems. Even if all nations honour their Paris emissions reduction commitments, we are still on track for three to five degrees Celsius of warming by the end of the century, and at those temperatures, most people on earth would die. That’s why we need to “rebel for life”.

On 31 October, Greta Thunberg and journalist, George Monbiot were in London with thousands of campaigners calling on the UK parliament to declare a climate emergency. When the government failed to act by the deadline, the Extinction Rebellion began a series of escalating 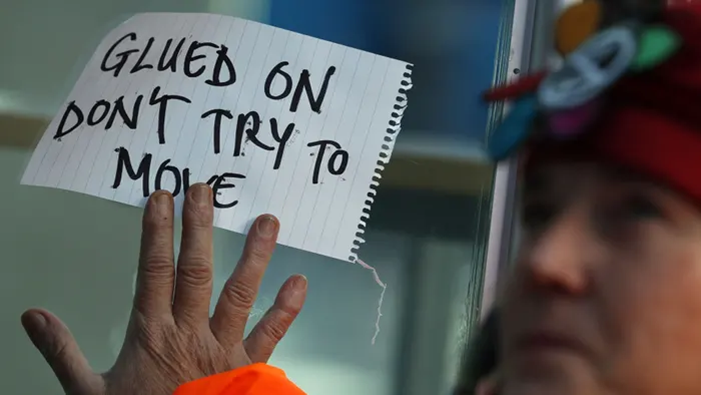 acts of disruptive civil disobedience, commencing with a protest that closed down much of the centre of London for several hours on 17 November. They have also staged sit-ins at the BBC and government offices and glued their hands to office windows to put pressure on the government to act. They have the support of hundreds of eminent people including a former archbishop.

There are over 35 countries working on launching their own rebellions in mid-April 2019. If you would like updates from the international campaign, sign up here. If you are interested in being part of the Australian rebellion, sign up here.

We hope you like our new format newsletter and are happy to continue receiving occasional updates from the Australian campaign to declare a climate emergency. If you received this after unsubscribing, our very sincere apologies. We have recently consolidated a number of Excel spreadsheets into this Action Network data base. From now on we will be able to keep better track of those who subscribe and unsubscribe.

Action Network is an open platform that empowers individuals and groups to organize for progressive causes. We encourage responsible activism, and do not support using the platform to take unlawful or other improper action. We do not control or endorse the conduct of users and make no representations of any kind about them.