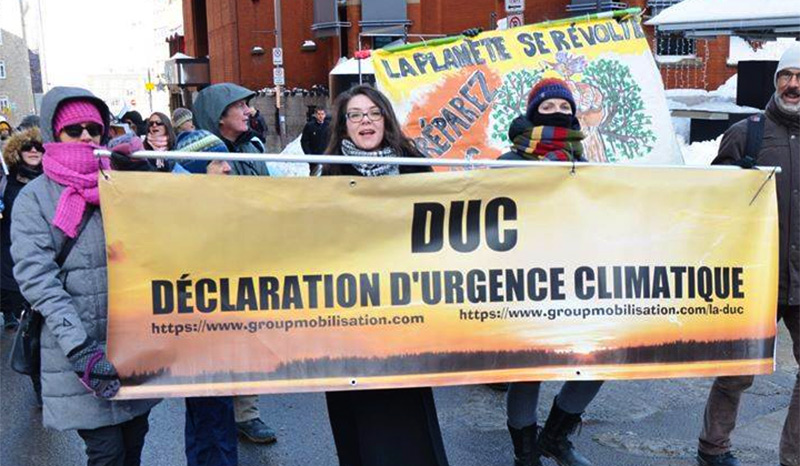 A climate emergency movement has grown in the French-speaking Canadian province of Québec. As of February 2019, more than 300 municipalities throughout Québec have endorsed a Déclaration d’Urgence Climatique – a climate emergency declaration, representing more then 70 per cent of the Quebec population. The Declaration has also been deposited with leading institutions such as Caisse de Dépôt (Credit Union).

Québec is the second-most populous province of Canada. Approximately half of Québec’s residents live in Montreal. Quebec is the only Canadian province whose population is mainly Francophone, and the official language of Québec is French. 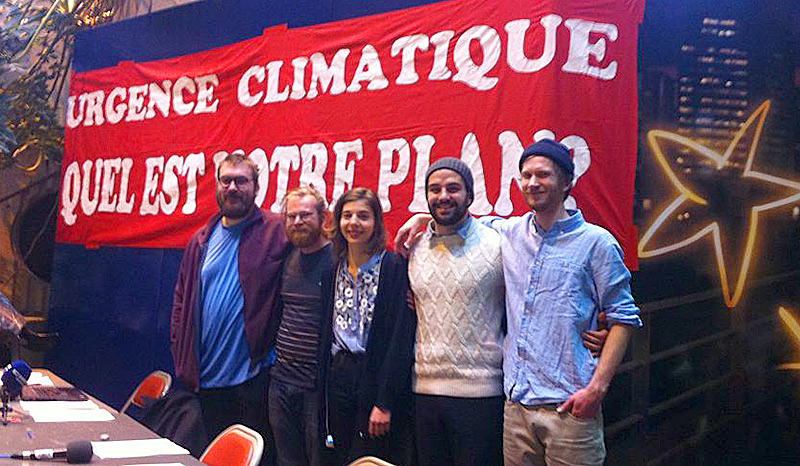 Strategist’s account of the development of the climate emergency declaration campaign in Québec:

“It’s a really inspiring example of powerful citizen climate action,” said Teika Newton, who is membership campaign coordinator of Climate Action Network Canada. She has written the story behind the over 300 towns and cities in Québec — currently 306, and with more coming — that have endorsed a ‘Declaration of Climate Emergency’.

In mid-February 2019, Newton spoke with one of the strategists behind the declaration campaign, Normand Beaudet, to learn more about the origins of this ambitious and inspiring civic engagement action, and to hear about plans for next steps.

Normand Beaudet works for the Resource Centre on Non-Violence in Montréal where he develops popular movement strategies. He is also a member of a regional environmental committee on Montréal’s North Shore Action Environnement Basses Laurentides.

“Not much has been published in English-speaking Canada about this work, so we wanted to get the story out to the rest of the country,” told Teika Newton.

The document is available on Group Mobilisation’s website in three languages:


Some additional notes on the Quebec Climate Emergency Declaration
Note that the translated versions have not been veriﬁed for legal implications to the choice of translated vocabulary. For example, in the English language version, the phrase ‘State of Emergency’ is often used. This is a phrase with speciﬁc legal and political meaning in English, as a declaration of a state of emergency can allow a government or leader to bring extraordinary resources to bear for a limited period of time to address an emergency or crisis situation. Group Mobilisation recommends groups in non-Francophone regions develop their own version of the text, veriﬁed with a legal expert to avoid any confusion over technical or legal terms.