American author Bill McKibben writes: “We’re under attack from climate change — and our only hope is to mobilize like we did in WWII.”

With a cover story in The New Republic, Bill McKibben made his most forceful statement on the climate crisis yet:

“It’s not that global warming is like a world war. It is a world war. Its first victims, ironically, are those who have done the least to cause the crisis. But it’s a world war aimed at us all. And if we lose, we will be as decimated and helpless as the losers in every conflict–except that this time, there will be no winners, and no end to the planetwide occupation that follows.

The question is not, are we in a world war? The question is, will we fight back? And if we do, can we actually defeat an enemy as powerful and inexorable as the laws of physics?”

Sometimes I write a piece I think worth sharing. This is about the need to treat climate change as what it is: a war https://t.co/Gh1JBK9YHT

This article is useful for helping people imagine how quickly things could change if a climate emergency declaration happens. The article fills in the blanks for those of us who can’t quite imagine how much we could achieve, and how quickly, if we really set our minds to it.

It’s a long read, but worth sharing around. Most people campaigning on climate were born after the Second World War, and may not be familiar with the sort of very rapid changes that were made during those years during the World War II mobilisation. 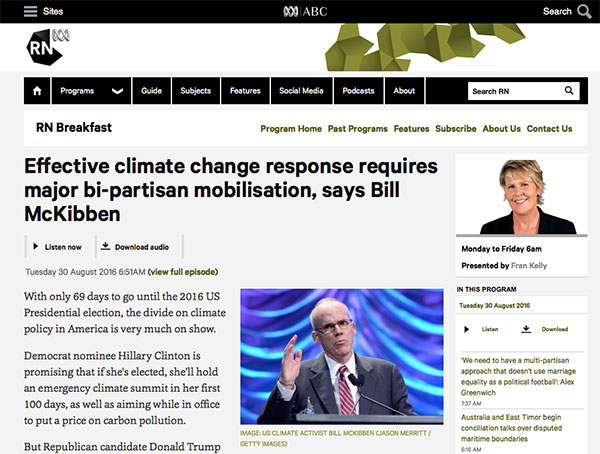