“The climate emergency requires acting at a speed and scale not seen since the Second World War. This video explains 4 key lessons from Canada’s Second World War mobilization that need to be applied to Canada’s climate response today.”

The following is the second newsletter from the Climate Emergency Unit in Canada:

“We’ve been overwhelmed by inquiries and requests since launching our unit just over a month ago. We’re doing our best to keep up. The enthusiastic response has been energizing. Some initial campaigns are in the works – stay tuned for details

In this newsletter we’re inviting you to join the launch of our (CEU’s) first video, sharing some of my (Seth’s) recent columns, and encouraging you to support some climate emergency level mobilization campaigns from our allies

Help us launch our video!

Next Wednesday, June 23rd we will be launching our first video. This six-and-a-half-minute-long, hopeful video explains our four markers of an emergency level response from governments and institutions. 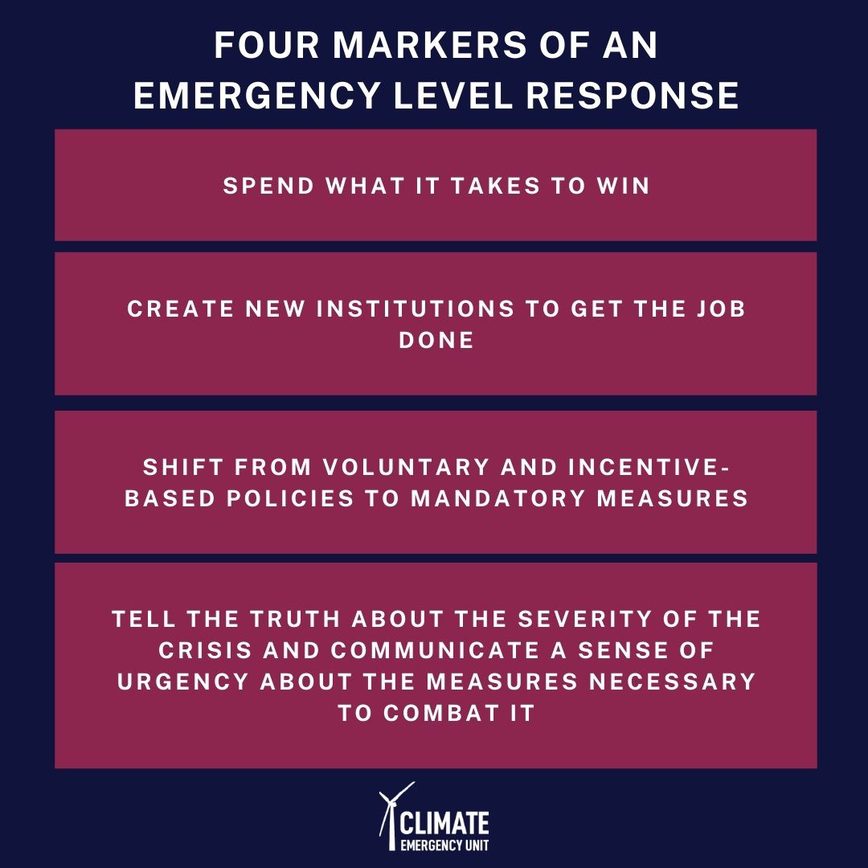 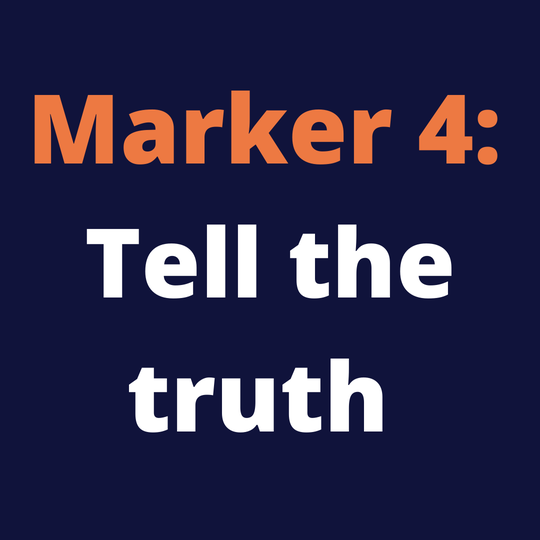 Petition the CBC to tell the truth

The CBC served a vital role during World War II. It was a source of facts and inspiration with daily broadcasts keeping Canadians informed and ensuring that focus was maintained on the war effort. It is now playing a critical role in the fight against COVID-19. It could do the same for climate change. 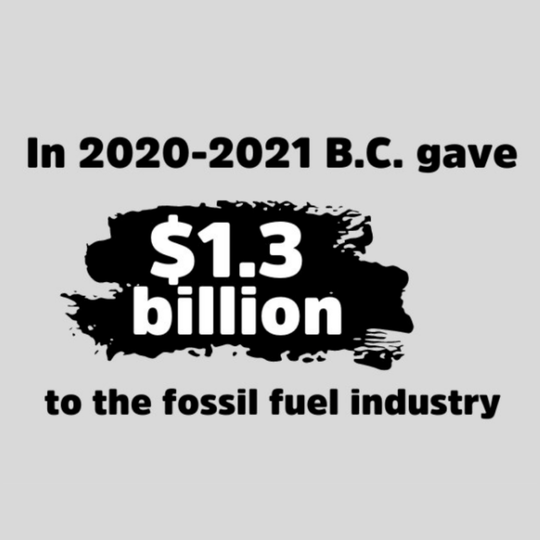 E-mail the BC Government: No more fossil fuel subsidies

In BC, fossil fuel subsidies have DOUBLED since John Horgan became premier. Last year that meant $1.3B in handouts – more than what was spent fighting climate change. Our friends at Stand.earth have released a report on the subject, and set up a handy webpage where you can email your objections to the BC government.

The Case for a Youth Climate Corp in Canada

The climate mobilization in Canada has yet to feel like a grand societal undertaking. Among the bold initiatives that would send such a signal — an audacious Youth Climate Corps. 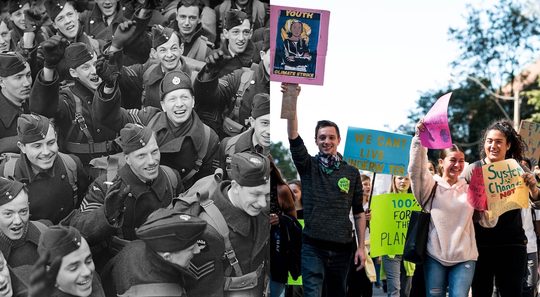 Among the many barriers we face to a genuine climate emergency plan is a fossil fuel industry that has insidiously used its economic and political power to stall meaningful action. In this piece, Seth describes how the “natural” gas industry is making mischief with needed climate action. 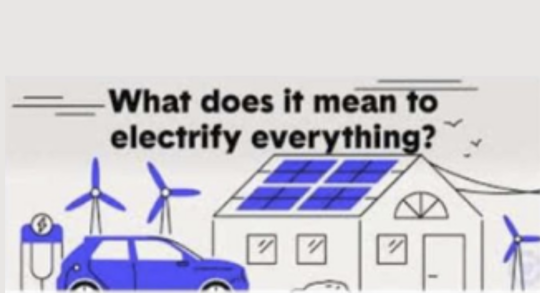 Friends, the last few days have also seen some important “wins” for the climate mobilization. After years of political insiders and pundits insisting that the Keystone XL pipeline was a “no brainer” and a “done deal,” the project is officially dead. Last week, climate activists in Vancouver staved-off an industry-backed effort to delay, by at least a year, Vancouver’s implementation of its gas-ban for new buildings; after dozens of speakers and hundreds of emails defended the city’s climate emergency plan, Vancouver city council voted 6-5 to proceed with its ambitious zero-emission new building timeline as planned. And on Southern Vancouver Island, where some of the last stands of extraordinary carbon-storing old growth forests reside, after about 200 arrests of forest defenders engaged in civil disobedience, and after the Pacheedaht, Ditidaht and Huu-ay-aht First Nations asked the province to defer logging for two years in the Fairy Creek and Central Walbran areas, last Wednesday, Premier John Horgan agreed to spare roughly 2,000 hectares of forest. That still leaves many other areas of ancient trees at imminent risk, so protestors vow to fight on. But it’s good to appreciate small victories in this task of our lives.