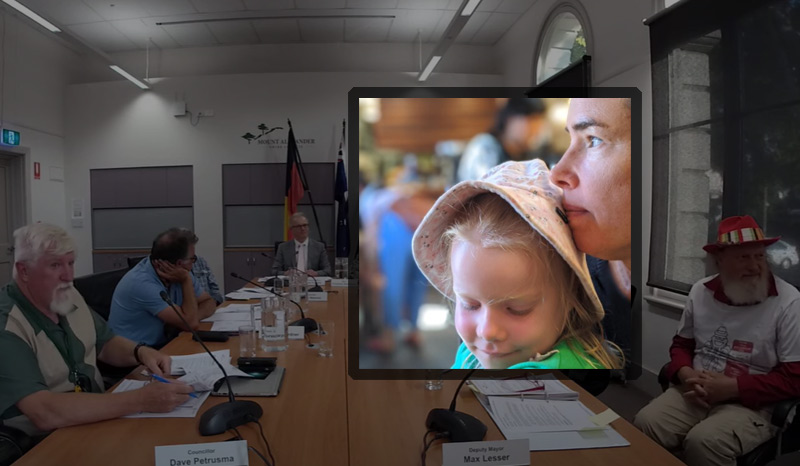 Getting personal: Melanie Scaife, a mother facing the climate emergency, shares her ‘head-cracking moment’ when climate change became a real, rather than abstract part of her daughters future, and doing nothing ceased to be an option. It happened as she was urging her local council to declare a climate emergency.

The podcast episode “Everything you hold dear”, co-produced by Kyla Brettle and Rob Law, powerfully illustrates what the Climate Emergency Declaration campaign and its mobilisation of communities calling for their Councils to declare a climate emergency has meant at the personal level for people who decided to get involved.

In the podcast notes on www.endgamepodcast.net, the producer Kyla Brettle writes:

“In this piece Melanie reads excerpts of a speech she gave at the Mount Alexander Shire Climate Change Forum held in December 2019; urging our local council to declare a climate emergency. Rob and I also spoke at the Forum, alongside 140 odd residents, business owners and community group leaders from our town and its surrounds.

I remember sitting in the audience and thinking – so these are the people I’ll be sharing food, water and a leaky boat with as the impacts of climate change intensify. My interest was sparked in what they had to say and how they saw the world and our future.

Later I discovered that the forum was a key moment in the story of our shire’s response to climate change – and it really did precipitate the emergency declaration that happened shortly after.

But ‘Everything you hold dear’ is not about the Climate Change Forum and our community response to the crisis – it is about a woman coming to grips with climate change emotionally – and then managing that realisation once it’s out of the box.”

Speeches by residents at the Mount Alexander Shire Council meeting on 17 December 2019, as the Council was about to vote on whether or not the Council would declare a climate emergency.