On 12 December 2020, the United Nations Secretary-General asked the world’s governments to declare a climate emergency in their countries until carbon neutrality is reached – in recognition of both the urgency and the stakes.

The world’s leading media outlets picked up the story right away and distributed the message widely on tv screens and in social media. And what was then the response from those world leaders, Antonio Guterres addressed, from the politicians and parliamentarians around the globe who advocate for stronger climate policies, from the public commentators, and from the movement of climate activists?

Initially, few appear to have taken any notice, really, or even considered it to be relevant for their members or supporters to hear about. Bigger NGOs have deliberately ignored it, as they have committed themselves to deliver ‘positive news’, not emergency news. Politicians and thought-leaders who generally call for increased climate action have so far abstained from mentioning anything about it, even when they had opportunities to do so while on air in the mainstream media.

Meanwhile, during the week that followed, we have seen hundreds of newsletters from climate action groups wishing everyone a happy holiday break or asking for donations. Not a word in any of their newsletters about the United Nation’s extraordinary call for governments to completely change the name of the game and get society into emergency-gear.

Below are those responses in the climate movement we have picked up so far that relate directly to the United Nations’ call:

(NB: If you know of other initiatives relating to the UN call to governments, let us know, and we will add them below on this page.)

Climate emergency – if not now, then when?

Secretary-general Antonio Guterres asked this question to world leaders at the UN climate summit on 12 December, the five year anniversary for the Paris Agreement. So far, only 38 countries have declared a climate emergency. And the commitments that the countries have submitted are far from enough to reach the goal of a maximum of 1.5 degrees, Antonio Guterres said.

But very many more cities, regions, organisations, etc. have declared a climate emergency, also in Sweden. A strong pressure from below is what is required now. Read the article about the Climate Summit in The Guardian.

Climate emergency means demanding a universal mobilisation of resources at a sufficient scope and speed to protect people, species and ecosystems from climate impact. We therefore urge organisations and individuals in or outside the KlimatSverige network to sign one of the calls that now exist, initiated from many different organisations and places on Earth. Or send your own email to the Prime Minister, to a political party in the Parliament, and to the political leadership in the municipality where you live.

Here are some ongoing calls for climate emergency declarations which you can join:

The text above is an excerpt of the first part of a newsletter from the Swedish climate action network KlimatSverige.

The following newsletter was sent from Australian Parents For Climate Action, which has 14,000 supporters, on 15 December 2020:

“Today we are giving you an online toolkit to demand that PM Scott Morrison declare a climate emergency!

Otherwise, the UN warns, “we are headed for a temperature rise of 3.2 degrees this century — far beyond the 2015 Paris Agreement goals of limiting global warming to well below two degrees and pursuing 1.5 degrees.”

But still, Prime Minister Scott Morrison refuses to commit to net zero emissions, despite 126 other countries having already made that commitment, including China, the world’s biggest emitter.

The Australian government has so far only committed to reducing greenhouse gas emissions to 26–28 per cent below 2005 levels by 2030. At that rate, Australia wouldn’t hit net zero until the 23rd century!

That is not good enough. Our children’s future and safety is at stake. We need our PM Scott Morrison to lift his game now on climate.

Download our online tool kit and tell Scott Morrison to join with world leaders in declaring a climate emergency!

We have to keep pushing our leaders for a climate-focused COVID-19 recovery. The UN’s Emissions Gap Report released last week states that “a low-carbon pandemic recovery could cut 25 per cent off the greenhouse emissions expected in 2030, based on policies in place before COVID-19. Such a recovery would far outstrip savings foreseen with the implementation of unconditional Nationally Determined Contributions under the Paris Agreement, and put the world close to the 2°C pathway.”

Which is why we need our Prime Minister to hear the voice of parents – and our young kids – demanding action on the climate emergency. But for AP4CA to keep doing that, we need your help – will you sign onto our Climate Action Christmas and help us raise the funds to keep pushing the PM to act?

We are only at 15 per cent of our fundraising target of $20,000. And with only 10 days until Christmas, we need you to sign up now to convert your family & friends’ Christmas shopping into climate action!

To take part in our Climate Action Christmas appeal, sign up here >> get your very own fundraising page >> then ask your friends and family to make your Christmas gift a donation to climate action.

Thank you for all that you do to help keep climate action on the agenda!

Suzie, Heidi & Gavin and the team at Australian Parents for Climate Action

P.S. The UN Environment Programme latest Emissions Gap Report is an excellent read to inform and inspire you on how to tackle climate action in your own life, in you community, and how governments can and need to act, and what ours is currently doing wrong. You can download it here: https://www.unenvironment.org/emissions-gap-report-2020

The text above is a newsletter from Australian Parents For Climate Action.

The following is an excerpt of a newsletter from The Climate Mobilization, sent on 17 December 2020: 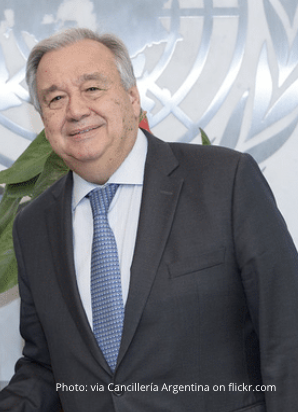 “Can anybody still deny that we are facing a dramatic emergency? That is why today, I call on all leaders worldwide to declare a State of Climate Emergency in their countries until carbon neutrality is reached.”

In a powerful speech at the Climate Ambition Summit 2020 this week, United Nations Secretary General Antonio Guterres called on all national governments to declare a climate emergency and stay on an emergency footing until carbon neutrality is reached. This is the strongest statement yet by the international body that has adopted the Climate Emergency Campaign goal of getting governments on the record by declaring an emergency and then implementing policies that rise to the challenge. It’s remarkable how far this movement has come; the video from the U.N. is worth watching.

This is a global shift, as leaders across the world, in governments large and small, come to the understanding that we face “a moment of truth” and a decision point: it’s a choice between Climate Mobilization and collapse.

If you are as inspired as we are by this moment, consider joining a Climate Emergency Campaign where you live — or starting one!

The following is an excerpt of a newsletter from The Climate Beat, sent on 17 December 2020:

As 2020 ends, it’s time for news outlets to declare a “climate emergency”

“I call on all leaders worldwide to declare a State of Climate Emergency in their own countries until carbon neutrality is reached.” So said United Nations Secretary General António Guterres in his speech to the Climate Ambition Summit on December 12, the fifth anniversary of the Paris Agreement. Guterres’s appeal seemed aimed at leaders of national governments; the Secretary General noted that “thirty-eight countries have already” made such declarations [among them, such big emitters as the United Kingdom, Japan and Canada]. But it’s time for media leaders to declare a State of Climate Emergency as well.

Journalists and news executives in charge of newspapers, TV, and radio programs exercise a profound influence over how the public thinks and feels about the defining problem of our time — and what, if anything, governments, businesses, and other powerful actors end up doing about it. Shouldn’t news organizations be telling the unvarnished truth about the climate problem and, not least, its solutions?

Read Mark Hertsgaard’s full column, looking back on climate coverage in 2020 and calling for the media in 2021 to also declare a climate emergency…

Stay on top of major developments in the climate story.

Greta Thunberg: 5 Years After Paris Agreement, World Is “Speeding in the Wrong Direction” on Climate

→ If you know of other newsletters or initiatives relating to the UN call to governments, let us know, and we will add them below on this page.