“It is high time that journalists and media realise that we are facing a climate emergency,” says the Danish journalist Morten Steiniche, who encourages journalists of all genres to sign the petition and declaration ‘Journalists declare a climate and biodiversity emergency’.

On 6 May 2019, IPBES – the United Nations Intergovernmental Science-Policy Platform on Biodiversity and Ecosystem Services – released an assessment report. It was highly disturbing news: Nature is declining globally at rates unprecedented in human history. One million animal and plant species are threatened with extinction. A truly global and generational threat to human well-being.

“On that particular day, I was at work at the main news agency in Denmark. And to my surprise, the editors chose not to write a single word about it. But how can this not be headline news? How is it possible, that a news agency doesn’t recognise the biggest news story of our time?,” journalist Morten Steiniche asks.

“The topic of climate emergency is not to be discussed whether it is true or false any longer,” Steiniche says, referring to the United Nations’ declaration of the current climate and biodiversity situation as an emergency.

“It’s a scientific fact and a fact that media and journalists should base all climate-related coverage upon,” he states, implying that there is no longer any objective reasons to highlight the positions of climate sceptics.

Burdening information
Morten Steiniche has worked as a journalist for the past ten years. Previously, he had a PR related career in the music- and media industry. The entrance into journalism quickly directed him towards the “biggest and most important story of our time”.

“One of the great things of being a journalist is the opportunity to acquire knowledge of many different subjects. The downside is that you sometimes acquire unpleasant information that touches you deep within and makes you feel bad,” Morten Steiniche said. He continues:

“That was how I felt when a research story started to unfold the consequences of the climate change and loss of biodiversity. I asked myself why is this not headline news all over the world, and what can I do to change that?”

For Steiniche, the answer to the latter question is obvious.

“As journalists we must insist on writing truthful on the climate emergency. At all times, and not just when the reporting is opportune for the media or the decision makers. Climate change takes place in this very second. The news value is constantly high, and therefore we must report on the climate emergency with absolute persistence. This is what we can do as journalists.”

The two journalists Morten Steiniche and Mik Aidt have initiated a petition, where journalists as individuals are encouraged to sign ‘Journalists declare a climate and biodiversity emergency’

→ If you are a journalist, you can sign the petition here

→ Recommendations: How the media should cover the climate emergency 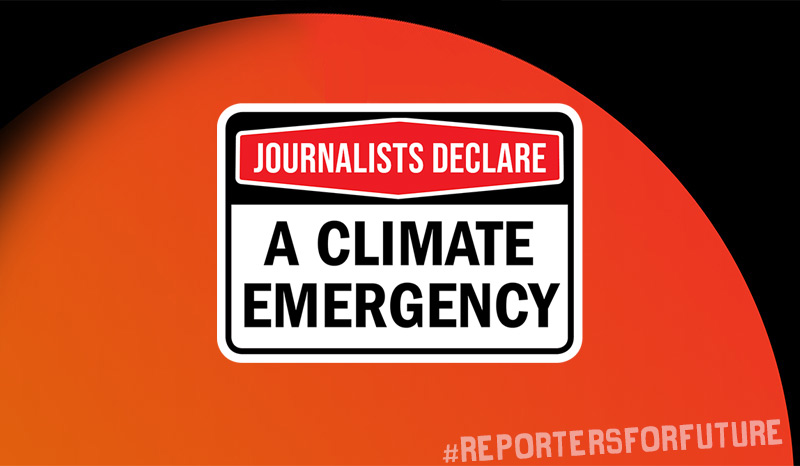 As individual journalists, we can strive to:

• be critical towards people, corporations and organisations diminishing or blurring the reasons behind the climate emergency 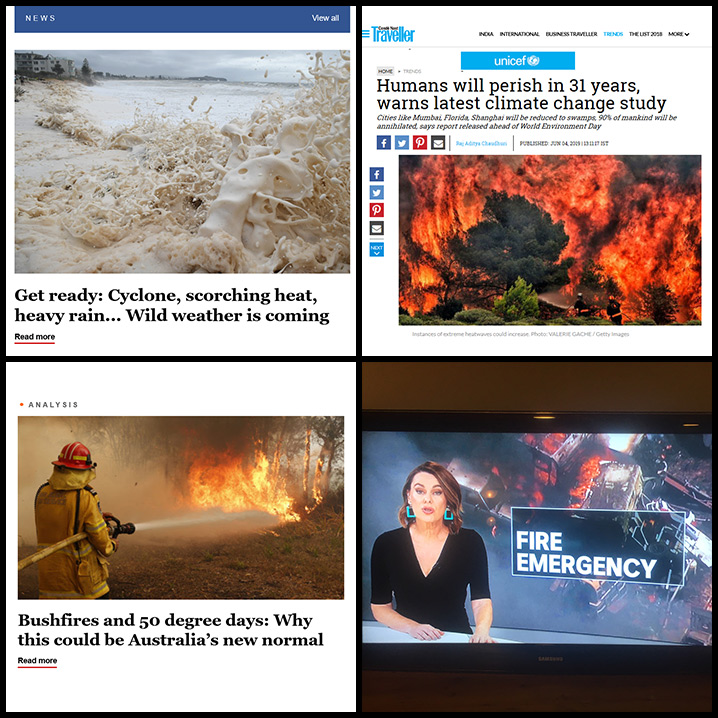 In the third episode of ‘A Conversation With…’, Luke Dobrovic speaks with Mik Aidt on his role in the call for journalists to declare a climate emergency.

“About journalists and their role in taking further action to make real change to the climate and pushing the conversation about solutions to what is an increasingly concerning issue.”

‘Lie-in’ protest in front of the Sydney News Corp headquarters

On 1 February 2020, hundreds of climate activists from the Extinction Rebellion group protested with a ‘lie-in’ protest in front of the Sydney News Corp headquarters. They wrote in social media:

“Murdoch’s climate denial and disinformation isn’t just an Australian problem. It’s a global threat. While Murdoch’s media empire controls 60% of newspapers sold in Australia, it also controls 36% of newspapers sold in the UK, 50% of cable news viewership (Fox News), plus the Wall Street Journal, and the New York Post. It’s little surprise then that climate denial is unusually strong in these countries. Every Murdoch outlet has for decades pushed the message that says climate change doesn’t exist or doesn’t matter.
Fortunately, we have a global network of truth-telling rebels who are committed to exposing lies, denial and corruption. Liars, watch out.”

Honestly – why can’t our own media highlight these demonstrable & in plain sight facts? Without a 4th estate willing to hold Govts to account – we’re not a democracy. Please media – just do your job! #auspol https://t.co/UD66LQEWXX

Some statements from @ClimatePsych Margaret Klein Salamon really resonated with me at #NCESummit2020 – “some media organisations are betraying the public trust and deserve to be shut down” definitely up there. Also very inspiring re turning fear into action so I bought her book!