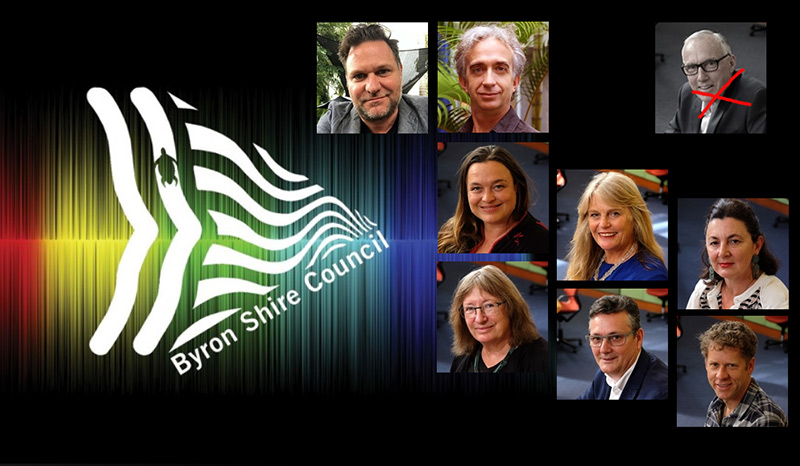 Byron Shire Council has declared that “we are in a state of climate emergency that requires urgent action by all levels of government, including by local councils.”

a) notes the latest report of the Intergovernmental Panel on Climate Change (IPCC);

b) notes the Federal government’s latest emissions data showing we are increasing, not reducing our carbon emissions;

c) declares that we are in a state of climate emergency that requires urgent action by all levels of government, including by local councils, and


2. That the recommendation be added to the Agenda of the upcoming Sustainable Emission Reduction Advisory Committee meeting for their input to convene a community-led Climate Emergency Guidance Group that provides a report as to how Council may assist;


3. That the Guidance Group develops a Shire-wide Community Climate Emergency Plan to further enhance resilience and reduce climate impacts in a timeframe that is as fast as practicably possible;


4. That Council, calls upon the State and Federal Governments to:

a) declare a climate emergency, and

b) to back this up with legislated programs to drive emergency action to reduce greenhouse gas emissions and meet the lower of the Paris Agreements at 1.5%


5. That Council writes to the Member for Ballina, Tamara Smith, the Parliamentary Secretary for Northern NSW, Ben Franklin, the Member for Richmond, Justine Elliot, the NSW Environment Minister Gabrielle Upton and the Federal Environment Minister Melissa Price, advising them of Council’s resolution and urges them to acknowledge a climate emergency and to act with urgency to address the crisis.


6. That Council encourages neighbouring Local Government Areas to join with us by declaring a climate emergency, developing their own Climate Emergency Plans and advocating to State and Federal governments as per point (5).

» You can scroll to 7:36, where Council’s discussion about the climate emergency motion begins.

Byron Shire Council is the third local government in Australia to have taken on a climate emergency action commitment.

The first cab off the rank was Darebin City Council in Melbourne. In September 2018, another Melbourne council, Moreland City Council, committed to climate emergency action. And now Byron Shire at the north coast of New South Wales has taken the plunge too.

“It’s quite exciting now because behind the scenes a number of other Australian Councils are considering taking on a climate emergency action commitment. Five councils in the United States, covering populations totalling about five million people, have also ‘declared’ a climate emergency,” said Philip Sutton, who follows the development closely as he is assisting and giving advice to both Darebin City Council and the American organisation The Climate Mobilization.

“A North Coast council has taken the unusual step of declaring a state of climate emergency.

Byron Shire councillor Cate Coorey said the decision was made in response to the latest emissions figures and the report of the Intergovernmental Panel on Climate Change.

The council is now urging other Northern Rivers councils to join them in calling for action on climate change.

“All the latest science is telling us we have a very short window to act before irreversible and catastrophic impacts from global warming start to take effect,” Cr Coorey said.

“In a shire like Byron that will mean sea level rise and a likely increase in floods, droughts, fires and extreme weather events such as damaging storms.

“Council has declared that we are in a state of climate emergency and that we need action by all levels of government.

“We may not be able to to have a direct impact on political decisions at the State and Federal level but we can show some leadership locally and start taking action.

“As a mother of two teenagers I am fearful of the kind of damaged planet that this generation is leaving for them and their children.”

The council will also write to the State and Federal governments advising them of their work and urging them to acknowledge a climate emergency and to act with urgency to address the crisis.

“We are also urging our neighbour councils get on board as well and we will be contacting them asking them to develop their own Climate Emergency Plan,” Cr Coorey said.

“Reversing climate change may seem like an insurmountable problem but if every council, every community, every individual does their bit then at least we can say we have done something,” she said.

The formation of the Climate Emergency Guidance Group will be discussed by the Sustainable Emission Reduction Advisory Committee when it meets today (October 25).


» The Northern Star – 25 October 2018:
Why this council has declared a ‘state of climate emergency’

Echo Netdaily reported on 17 October 2018:
“Cr Cate Coorey is calling for support for a Climate Emergency Declaration, which would aim to expand ‘existing climate-change mitigation strategies.’

Developing a Climate Emergency Plan would ‘further enhance resilience and reduce climate impacts in a timeframe that is as fast as practicably possible,’ she writes. To make it happen, Cr Coorey says a special committee/panel of Council could develop the plan.

She writes, ‘Councils in Banyule, Moreland, Yarra and Port Melbourne, as well as in NSW and Western Australia, are currently taking steps to follow Darebin City Council’s lead.’

While supportive of the plan, Council staff say ‘expanding the existing climate-change mitigation strategies and developing a Climate Emergency Plan is not included in the 2018/19 Delivery Program.’

Zero emissions
Yet staff say an ‘initial view of the Darebin Climate Emergency Plan… closely aligns with Council’s Zero Emissions Strategy, a key action in the 2018/19 Operational Plan and well advanced in its preparation.’
So what is Council’s Zero Emissions Strategy? The agenda says it sets the context at the global, national, state and regional level, establishes Byron Council’s emission profile and the Byron community’s emissions profile. The strategy would also use the ‘National Greenhouse and Energy Reporting (NGER) methodology as Council’s carbon accounting approach ie Scope 1, 2 and 3 emissions’. The strategy also aims to set goals, targets and timeframes.”