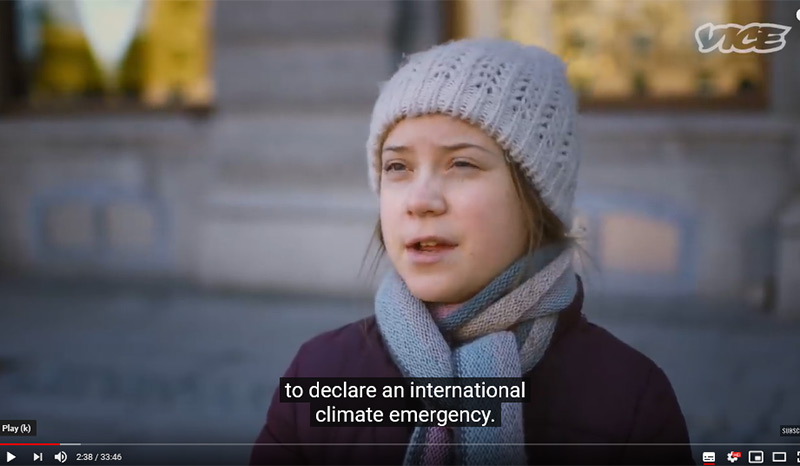 Vice has produced a 33-minute tv documentary about what they call ‘The new climate movement’ and its call for governments to declare a climate emergency:

“My demand is that the politicians should follow the Paris Agreement. If you have read the Paris Agreement, you know that it is very radical. If I should have any other demands, it would be to declare an international climate emergency.”
~ Greta Thunberg, 16, Swedish climate activist [2:27-2:39]

“Our first demand is for the government to declare a climate emergency and take active steps towards climate justice. Our second demand is to accurately portray the to the general public.”
~ Anna Taylor, 18, UK Student Climate Network [2:54-3:03]

The Vice documentary ends with a sign which states: “On April 23rd, 2019, Greta spoke to the UK parliament during the 11-day protest by Extinction Rebellion. A week later, the UK was the first country in the world do declare a climate emergency.”