Building a road out of soft climate denial: “The effective fight against climate change requires a new understanding of the connections between macro-scale policy and our micro-scale subjective experience,” writes Michael Hoexter, PhD, in an essay published by New Economic Perspectives on 6 September 2016, ‘Living in the Web of Soft Climate Denial’.

He describes the foundations of ‘Soft Climate Denial’ – acknowledging that climate change is real, disastrous and happening now, but ignoring that it is, in fact, a real existential emergency and catastrophic – and the barrier this creates to effective climate action in policy and everyday life.

In the essay, Hoexter also describes the first developments of a call for dealing with the devasting consequences of humanity’s massive air pollution as an emergency:

“It was Paul Gilding and Joergen Randers, who in 2009 first used the wartime metaphor in relationship to climate action, in drafting a ‘One Degree War Plan’. In Australia, where Gilding is based, there has since then developed a community that sees climate warming and destabilization as an emergency, a “code red” situation. Though I was unfamiliar with Gilding and Rander’s work in 2013, I moved from a position that might be called “Climate Keynesianism” that I held since 2008 to in 2013 calling for a full-scale government-led mobilization called ‘The Pedal to the Metal Plan’ and then ‘the US Climate Platform’.

In the United States, the first political group to push for a wartime-style climate mobilization, The Climate Mobilization, was founded in 2014 by Margaret Klein Salamon and has just published a comprehensive draft “Victory Plan”, authored by Ezra Silk, which is the group’s proposal for government action against climate catastrophe.  I am an activist with and offer strategy and economic advice to the Climate Mobilization.  Australian and American groups are also petitioning for a declaration of a climate emergency by their respective governments.  A full-scale mobilization of social resources is not thinkable without a widespread recognition of a climate emergency.

The idea of a war on climate change and wartime mobilization has received two very significant boosts recently in the United States, one of the “homes” of hard climate denial.

Perhaps inspired by these actions, the veteran and one of the most famous global warming activists and authors, Bill McKibben, came out in favor of treating climate change action like a war.  In an article for the New Republic, a magazine close to the Democratic Party, McKibben said that wartime mobilization was the only hope for our civilization.  With this article and turn towards government-led action, McKibben now joins a small but growing community that sees that rapid government policy change and leadership is a critical component to “in time” action on climate change.  The large 350.org network of activists and organizations, closely associated with McKibben, may add this call for a war-time style mobilization to its campaigns.

All of these writings, including my own and to-date small-scale, political actions remain only beginnings in building a road out of soft climate denial.”


Michael Hoexter and The Climate Mobillization think “soft” climate denial is at least as big a problem today in America as the “hard” denial of basic climate science:

“To begin to escape from both soft and hard climate denial, people in concert need to work together, mobilizing via social movements, and invent new and revitalize existing political and government institutions, i.e. use all relevant social resources, to cut emissions to zero within a decade and stabilize climate processes via a variety of technological and practical interventions. Such effective climate action must draw from our roles in civic life, in work, in leadership of public and private enterprises, and in consumption.”

“A long road is ahead for humanity in adjusting to our new circumstances but we must now act at times before we are comfortable doing so.  Such is the nature of our climate emergency.” 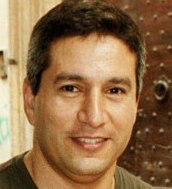 Michael Hoexter works in marketing energy-efficiency projects and renewable energy in California. He writes blogposts and articles for Grist Magazine and neweconomicperspectives.org about climate and energy policy, and climate ethics. Blogposts by Michael Hoexter from before 2012 can also be found on www.greenthoughts.us

“The Brexit vote is being taken by some commentators as a sign that the basic competence of leadership groups throughout Western countries is in question.  Unfortunately not enough media attention has been paid, public concern raised, and action taken about the most massive and long-standing failure of the political leadership classes, a failure to protect by governments that threatens humanity itself.

Governments and government leaders have failed to lead on climate change, even as most recently in Paris, they have sworn to hold Earth’s surface temperature below 2 degrees above pre-industrial levels and target 1.5 degrees as the “optimal” goal.  This failure of leadership both in governments and also in the nongovernmental organizations that nominally address environment and climate is almost absolute and is terrifying to behold.”

“Pope Francis has been a leader in pointing out our moral duties to protect our common home. To change our government spending we need to turn our moral values into political action. Our government will need to spend trillions of dollars to help us kick our fossil fuel habit.
But it is just a matter of 12 more keystrokes in a computer for the federal government to spend $1,000,000,000,000 versus $1 on climate action.
Plus: Our willingness to organise politically based on our moral convictions about the climate threat. The spending doesn’t happen without political pressure and push-pull with powerful interests.
The Climate Mobilization [in the US, and the Climate Emergency Mobilisation in Australia] is a place to put those moral convictions into action.
Pledging to mobilise is a first step along a path to pressuring government to protect us and our children.”

» CounterPunch – 22 September 2016:
If There’s a World War II-Style Climate Mobilization, It has to Go All the Way—and Then Some